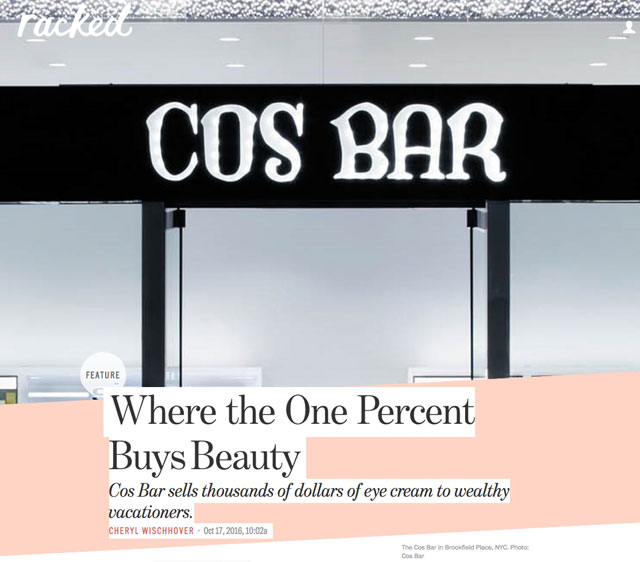 October 17, 2016 - Most people probably don't view ski trips as an opportunity to stock up on $525 face creams, but that's exactly what happens at Cos Bar, a 14-store chain of ultra-luxe beauty emporiums primarily located in upscale resort communities like Vail and La Jolla.

Selling $2,000 worth of merchandise to a single Cos Bar shopper is a daily occurrence. One customer even recently broke the $10,000 barrier, according to a representative for the company. Customers will come to their vacation homes for two weeks and pop in to Cos Bar regularly to add products to a box, which staff will then ship home for them. (This Clive Christian scent will set you back $865, so it's easy to see how that bill can add up.)

"What stands out with Cos Bar is that no one has touched what we've done, and that's super luxury," says founder Lily Garfield, who opened the first Cos Bar in Aspen in 1976. The 14th store opened last year in the high-end Brookfield Place in downtown Manhattan. While Cos Bar sells brands with eye-wateringly high price points like Clé de Peau, Sisley, Tom Ford, La Prairie, and Creed, it also carries prestige-priced but decidedly more affordable lines like Bobbi Brown, Laura Mercier, and Bliss. The store will soon be stocking Serge Lutens, which sells a lipstick palette for $160, and also Jo Malone, purveyor of $85 candles. 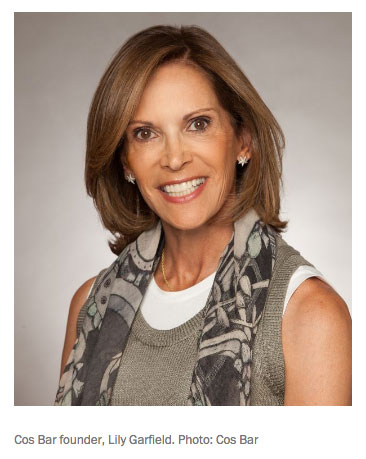 Garfield is right that her luxury-focused business model is unique, at least in the brick and mortar space. The beauty landscape now is ruled by stores like Ulta and Sephora that collectively carry products at every price point, from mass drugstore brands to prestige luxury labels like Dior. The era of department store beauty buying is waning. Department stores are hedging their bets with different retail strategies lately, like Macy's purchasing growing indie beauty retailer Bluemercury and JCPenney adding Sephora outlets into its stores.

Finding new brands has also always been a priority for Garfield. She carried both La Mer and Bobbi Brown before Estée Lauder purchased those companies. Now she's on the hunt for high-end, efficacious natural brands because they're in demand by customers. She stocks Goop's skincare collection and has been carrying the organic Tata Harper brand for more than a year. The Elixir Vitae ($380) line is a robust seller there, according to Harper herself.

Harper, who vacations in Aspen and had often visited Cos Bar, is excited to sell her products there. "I love their strategy of how they've been able to go into a lot of really high-end, second home places. You can have that exposure with your clients from New York who are in Aspen," she says. "I think she's been very strategic about opening her locations."

When Garfield opened her first store, she had two goals: first, to provide upscale beauty products to her hometown of Aspen, which did not have a department store; and second, to provide an alternative to department store shopping in general. She wanted shoppers to be able to mix and match brands, which does not happen easily in a department store where counter salespeople work for a specific brand and are trained to sell as many products from that brand as possible. Cos Bar had been self-funded up until the end of 2015, when Garfield took on Tengram, her first-ever outside investor. This is not Tengram's first investment in a beauty company. It has also invested in skincare brand Algenist, fragrance brand Nest, and color cosmetics brand Laura Geller. Cos Bar will soon be tripling its brick and mortar footprint to 50 stores, including locations in Brentwood, California and other upscale destinations that Garfield did not want to disclose yet. The company is also investing heavily in its e-commerce capabilities.

While it might seem there's a finite market for "super luxury" beauty, Rich Gersten, a partner at Tengram, explains why his firm was keen to invest in Cos Bar. "We believe this was the right time to finally partner, given the strong growth in the prestige and luxury beauty industry and the shift away from department stores to specialty retailers."

According to Cos Bar CEO David Olsen, "specialty beauty is in a sweet spot. Beauty spend is increasing at 10 percent, but malls are suffering and specialty is thriving. Many customers still want to purchase beauty in-store, especially luxury beauty, so physical presence is essential. We are in the business of 'luxury,' but beauty is an attainable luxury."

E-commerce is where the store faces the most competition right now. Net-a-Porter and Violet Grey, which also has a physical store in LA, carry many of the same brands as Cos Bar. The brick and mortar stores are still more profitable than the website, but that may soon change. It's probably not coincidental that Tengram appointed Olsen, who was Net-a-Porter's former head of beauty operations, as CEO. He notes that people who buy things "multichannel," meaning both digitally and from stores, spend four times the amount than those that shop in only one channel.

"This is a whole different ballgame with e-commerce," Garfield acknowledges. "I'm from the old school — I'm brick and mortar. [Olsen]'s new school — he's e-commerce. I'm going to give myself a pat on the back, because now we have two very smart people here!"

Garfield moved to Aspen in her twenties after working at a cosmetics counter at Bloomingdale's in New York City. She became a ski bum and took a job at a local drugstore to support herself. She got the idea to open Cos Bar after seeing her friends in Aspen give each other lists of beauty products to pick up at department stores when they went to Denver or other large cities. Garfield called a few brands like Lancôme and Borghese, who supported her idea to open up a small, upscale cosmetics shop.

She opened Cos Bar in 1976 using her own money, then got married a year later. She had only the Aspen store for the next ten years. "I wasn't interested in more stores. I was more interested in being a mom and an athlete," she explains. 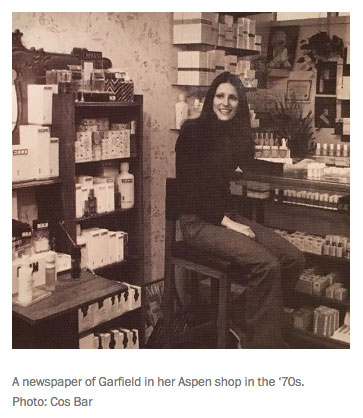 Garfield opened her second store in Vail in 1986, after she and her husband divorced. (Fun fact: She remarried him again 10 years later.) The third store, which she says was a turning point for her, was in Santa Fe. "Leonard Lauder himself called me and said, 'Lily, a department store in downtown Santa Fe is closing down. We'd like for you to open up Cos Bar.' I said okay!" The Lauder company didn't fund it, but having the blessing of the most powerful beauty company in the US and access to its brands was a big deal.

She opened several more shops. Another turning point came in 2000, when a friend of Ross Perot's wife, who loved to shop at Cos Bar in Vail, reached out to Garfield. It turned out Perot's company was opening the upscale Wailea Mall in Maui and wanted a Cos Bar there. She signed a lease on Labor Day in 2001. A week later, 9/11 happened. The landlord offered to let her out of the commitment. "I said to him, 'If I back out of the lease, they will have accomplished exactly what they wanted to and kill the US economy. I'm not doing it, because we are resilient.'"

Cos Bar also weathered the recession in 2008, a time when being a seller of luxury goods was tricky. "It still was selling, because of our locations. But instead of the customer coming in and buying five products, she'd only spend on three products. In 40 years of history, this wasn't the first recession. We also had a recession in the early '90s," Garfield notes. When asked if business has picked back up again, she says, "Oh god, yes."

The final realization that Cos Bar could be a brand to be reckoned with came in 2012, when Target reached out to Garfield and asked her to curate some products for the discount retailer's Shops at Target project. In this initiative, Target opened pop-up shops in its stores with various indie retailers. Cos Bar provided reasonably-priced eponymously branded products for the collaboration. Being in 1,800 stores made Garfield realize, "Everyone knows who I am now. I think it's time we put the pedal to the metal."

With the store growth and e-commerce push, Garfield is still very sure of her customer, who's generally older than 35, likes to shop in person — especially for makeup — and loves a good serum. But what about attracting millennials, something that many businesses will need to do to stay afloat? Garfield laughs and says her shopper is "the millennials's mothers!" She later acknowledges that Cos Bar definitely has something for a younger and (ostensibly) less flush customer.

"They're hitting their thirties now, they've finished grad school, and we are seeing them. They might not buy as much, but they buy a brand like Amore Pacific," Garfield says of the upscale Korean brand, where prices range from $40 for sunscreen to $525 for a serum. "She's not buying the top-of-the-line product, but it's that aspirational thing like, 'Okay, I like what this product stands for.'" The implicit assumption is that once you get hooked on the fancy stuff, it's hard to go back to Olay.

Garfield is bullish on Cos Bar's future, especially with her new investor on board. "We interviewed a lot of frogs and this is the prince that understands who we are and knows not to change our DNA. I'm very happy with this so-called marriage."